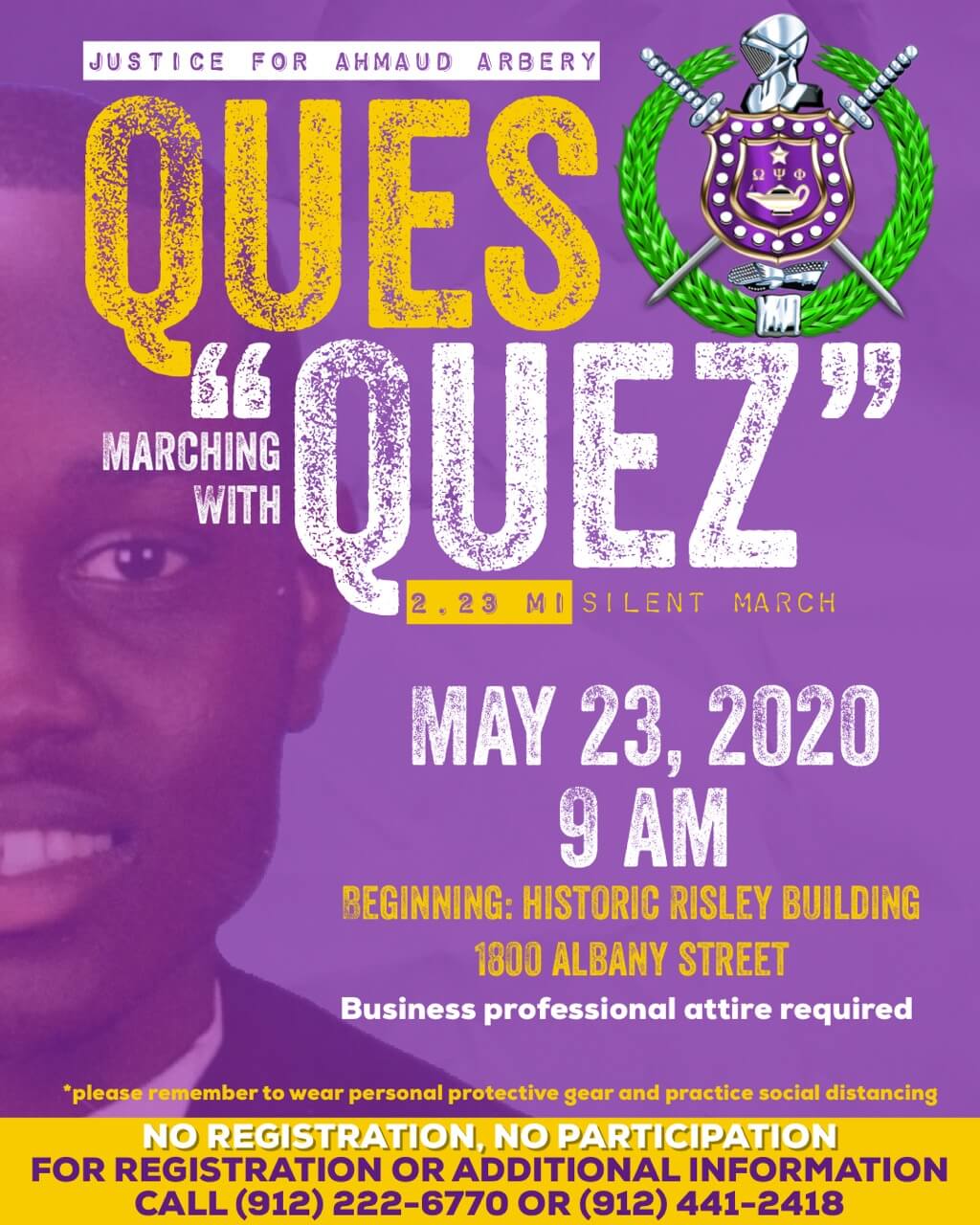 The “Ques Marching With Quez” March and Rally is being organized and sponsored by the Lambda Tau Chapter in Brunswick. “Quez” comes from Ahmaud Arbery’s middle name “Marquez”, which several of his family members affectionately called him.

A couple of members of Lambda Tau coached Ahmaud and had an intimate relationship with him and the family. They have been “Boots on the Ground” and their focus from day one has been the will and wishes of the family. “Ques Marching With Quez” was born as a peaceful march honoring Ahmaud and was endorsed by his mother.