‘“What is situational awareness,’ said the speaker. One of the students replied, ‘Knowing where you are, what’s happening, and what’s best way to resolve issue at hand.’  ‘Why?’ the speaker asked. Another student spoke up, ‘So, you don’t underreact or overreact to situation that you are in and don’t make careless mistakes… or necessarily cause loss of life.”’

“You just hit a two-run homer. Those two words – situational awareness – will ensure your success in life. Your head should be constantly on a swivel as you read people and get people to respect and trust you. When you obtain trust and respect, people always want you on their team,” says the speaker.

This was one of many enthusiastic interactions which occurred recently between speaker Brother Anthony Freeman and group of High School students at the Seventh District’s Theta Lambda Lambda Chapter Mentoring Program in Coweta County, Georgia. Brother Freeman, who is also a well-accomplished decorated U.S. Marine Corps aviator (Ret.) and a mechanical engineering graduate of Tuskegee University, led this session with thought-provoking observations of The Tuskegee Airmen whose true adventures were portrayed in war film Red Tails. Brother Freeman, donned in his green aviation flight suit, showed brief excerpts of 2012 award winning film which showed life situations and challenges of The Tuskegee Airmen who were U.S. Army Air Forces aviators.

“My intent is for you to better recognize and understand life situations and challenges which somewhat parallels those same things undergone by The Tuskegee Airmen who not only fought a fascist enemy abroad in war but faced racism and hatred at home,” expressed Brother Freeman. “However, even though, you will have lots of roadblocks throughout life’s journey, your aspirations is what you must use to overcome roadblocks. High aspirations drove The Tuskegee Airmen to success.”

These African American male students have been meeting after school for two hours once a week in this Program. Theta Lambda Lambda Program’s mission is to advise students on life skills, various career possibilities, and importance of academic achievement and modeling behaviors required for success in life. The Mentoring Committee leaders — Brother Bob Washington, Brother Randy Davenport, and Brother Thomas Parker conscientiously prepared a 12-week-curriculum to expose students to careers of Theta Lambda Lambda professionals which represent different walks of life, including doctors, lawyers, law enforcement, teachers, engineers, military, and many others. Theta Lambda Lambda has been recognized by Omega Psi Phi Fraternity, as the “Small Chapter of The Year” for community work and actually received this Award last three years running.

The intentions of Mentoring Committee and Brother Freeman was again illustrated with following graphic defining “behavior” and “consequence” terms which stimulated following discussion: “’It’s important how you behave and react responsibly to a situation. If someone gets in your face, how will you react?’ said Brother Freeman. One of the student’s answered, ‘I’ll get back in his face.’ Brother Freeman then asks, ‘Is that the right move?’ The student responded, ‘No because then I get into an altercation and trouble.’ Brother Freeman concluded, ‘Exactly, by getting into trouble your aspirations would definitely be hurt.”’

Shortly later, another meaningful interaction arose, especially after Brother Freeman outlined extreme discriminatory policies and conditions that The Tuskegee Airman confronted during late 1930s through early 1940s, including bigotry, racism, and even outlandish testimonies and documents created at the U.S. Army War College that characterized African Americans incapable of performing at highest levels due to inferior brains.

“These things were done in that culture and by certain people because they wanted to justify we weren’t human beings. It’s similar to some of police stuff that you see today when African American males are unjustly shot in streets to keep us down as a people,” said Brother Washington. “However, you are doing positive things, so you are eligible for exposure to number of opportunities. Such as, for those who have interest in aviation, our Chapter can coordinate attendance at Tuskegee Air Camp… free-of-charge… which will allow you to see Air Traffic Control in action as well as experience flying in Cessnas [fixed-wing aircrafts].”

“I agree with Brother Washington… you should go to Air Camp. You must take advantage of opportunities that you are exposed to. Even though all of my Omega Brothers have college degrees, some of us didn’t have opportunities you guys have to attend college,” reminisced Brother Dwight Ellison. “If you want to go, you can go… money is not obstacle as it was for many of us. As bright as you kids are… coupled with making excellent and better than average grades, you will allow others to claim you as college students as soon as you become eligible for graduation. So, the best grades are keys to getting ahead.”

After observing these students during past weeks of Mentoring Program, Brother Freeman told them it appears they have aspirations: to make proper decisions in their lives, to take best steps to protecting their families, and to take proper actions to ensure life for everyone surrounding them is aligned with high standards. He stated that was important because at Tuskegee University he gained a solid foundation and learned that competency, courage, and commitment was name of the game to winning versus being a second-class citizen. 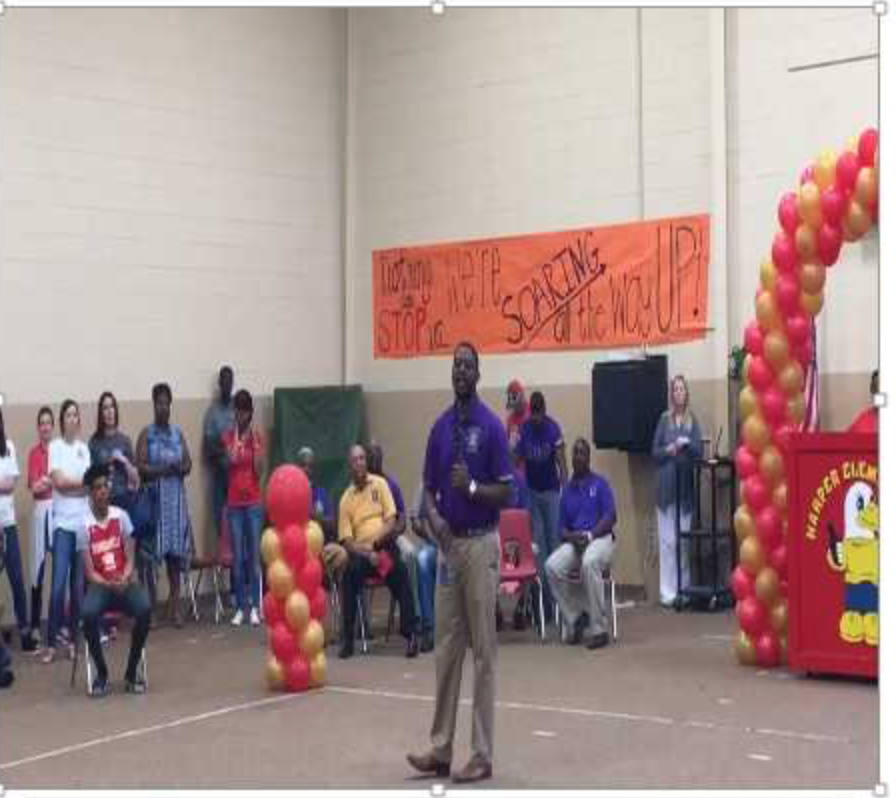 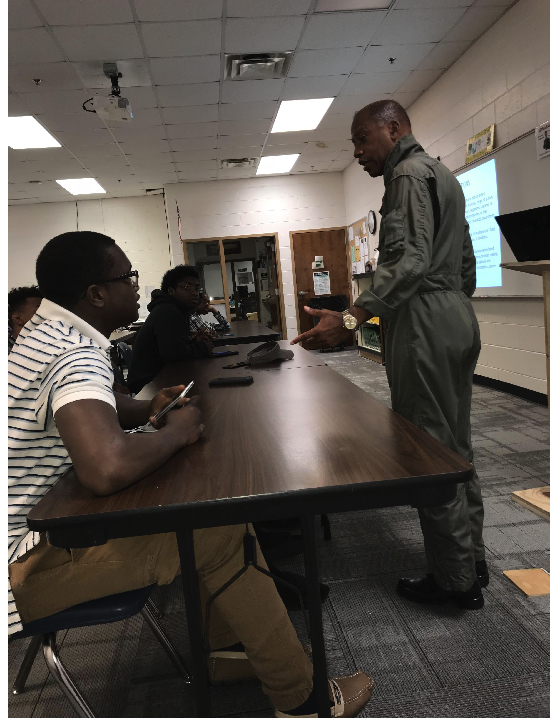